How do Docker tags work? – CloudSavvy IT

Docker images use version control registers, such as the Docker Hub, which hosts public images for everyone to download and run. But before uploading an image to the hub or any registry, you need to give it the right tags.

It is important to understand the difference between containers and images before talking about tags, as they are often used quite interchangeably and this can lead to some confusion.

A Docker image is what you get from driving docker build with your Docker file. It consists of several layers to optimize disk and memory usage. An image is read-only.

A Docker container is an example of an image that the processes actually run in. It is a read / write file system, so basically an image is a template that you use to create multiple containers from. It contains the base code and everything the app needs to get started. The containers are initialized with the image when they are created, then they can change the file system as they wish.

Pictures are what you print to the container register. Then you can on your servers refer to the image in the register to download the container.

Tags are simply labels that provide a better way to handle version control and releases. They are like labels that you can assign to any completed building. Instead of referring to the building ID, you can tag an image with a label in the format major.minor.patch and easily be able to tell which image is, or which format your organization prefers.

It’s pretty easy to notice. You can use docker tag to do it after the fact, but it is much easier to do it when you build using -t flag:

For Docker Hub, the driver name is just your username, so the command looks like:

If you do not specify a specific tag, Docker automatically marks it as “recent.” 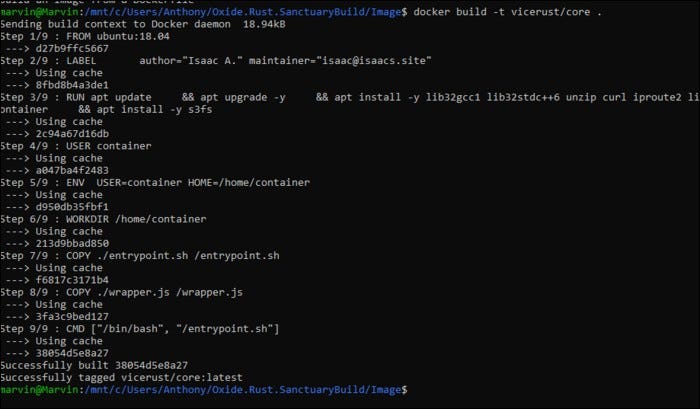 Another common practice is to tag the image with git commit ID and thereby link the version control to the built-in images. You can automate this quite easily with git rev-parse:

Once an image has been tagged, you can drag it to the registry with docker push, passes in repository/image name:

From there, you have access to it in docker run as usual. If you do not specify a tag, docker run uses automatically latest.

Latest does not always mean “latest”

The "Latest" the tag is a bit confusing. Despite how the name sounds, it does not always point to the latest version. It is simply a special tag that is assigned automatically when you do not enter a tag. This has the effect of avoiding tags completely and only clicking on a “latest” version.

You can use the most recent tag either by simply not specifying a specific tag:

Or by manually tagging an image as latest:

which works well if you only use the last tag. But if you also want to use version ID tags, you have to double-encode your images each time, which can mean that “latest” does not always mean the last built image. It is good to avoid using latest along with other tags to prevent this confusion. Release only your tags, each time, either with manual correction numbers or with git commit ID.