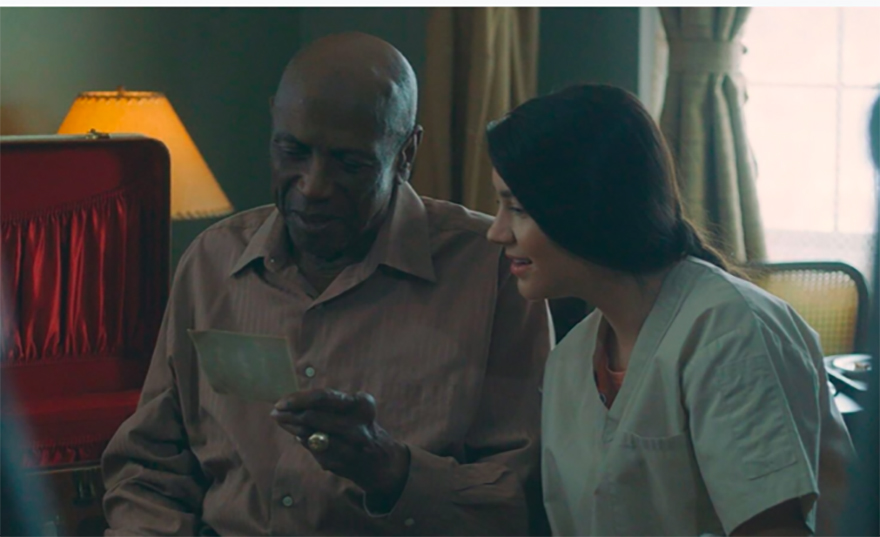 Brooklyn-born actor Louis Gossett Jr., 84, estimates that we are never too old to learn anything new – today the word spreads about the connection between music and brain health with his role as an Alzheimer’s patient in a heartwarming new film, Thrse Cuban (link to info is here).

After making his Broadway debut at just 17, Gossett went on to win an Oscar for his role in One Officer and a gentleman and an Emmy for TV miniseries, Roots. Currently featured on HBO’s Watchmen, he is a passionate social activist, writer and speaker, but he still found time to talk exclusively with Senior Planet.

SP: Kuban you see a Latin guitarist playing whose memory is unlocked by his past music. What attracted you to that part?

LG: My favorite movie is awakenings. I was amazed at how Robert De Niro played a man with Alzheimer̵

7;s and always wanted to do it for myself. I want the audience to understand what is going on in their minds. This man grew up playing music in Cuba, but after Castro came in and shut down all the nightclubs, he can not remember any of his life afterwards.

SP: Did you visit any memorial centers in your research?

LG: Yes, I have gone in and out and am thinking of moving in next week! I have many friends in those places in Hollywood so I have visited a lot.

SP:Did you originally plan to become a doctor?

LG: Yes, I was a undergraduate student at NYU. My best friend Justin had polio at the age of four so I wanted to heal sick people and be a brain surgeon. I remember dissecting a dead cat and I pressed a part of my brain and my leg stuck in the air. That was what discouraged me from the medicine – I did not want it to happen to a human being! I quickly left that class and switched to theater. That’s my Frankenstein story!

SP: Is music a big part of your life as in Kuban? I heard you played guitar.

LG: Music has been a part of my life forever, back from participating The Baptist Church on the island of Coney, listens to Ray Charles, Sam Cooke and Jackie Wilson. I won into folk music after performing in Jean Genet’s The Blacks [1961] off-Broadway. I play (guitar) every day. I wrote an anti-war folk music called Handsome Johnny with Richie Havens. When I received my first residual check for $ 72,000, it prevented me from being homeless in Hollywood.

SP: You have a remarkable legacy as a successful African-American actor in Hollywood. Have you ever experienced racism?

LG: As an adult, yes, but never as a child. I was a child after depression in Brooklyn where all these European theater artists changed their names and moved to New York. I grew up with their children – Barbra Streisand, Arthur Miller, Neil Simon and Neil Sedaka. In that society, there was no racism. If my mother was not home for dinner, I would eat gefilte fish, fried chicken, sauerkraut, lasagna or corned beef and cabbage. Sandy Koufax grew up the same thing.

SP: You must be happy to see the social change that Black Lives Matter has made?

LG: Sidney Poitier came right before me. I went through a lot of changes and thank God I’m still here to enjoy the freedom, so Black Lives do matter but everyone’s lives matter and we are desperate for our mutual salvation. If we can stand for the mutual survival of what is happening on this planet, it will wipe out racism and conflict.

SP: How did you keep busy during the pandemic?

LG: I moved to the country outside of Atlanta, Georgia less than a year ago, so I did a lot of unpacking until I started to get a little crazy. That was when I realized, what does he want me to do? And he wants me to do something deeper thinking and change my philosophy a little more; take better care of myself and my children. I hope we all come out on the other end with a sense of positivity that everything will be OK. We must be strongly honest with ourselves and the people we meet, for the benefit of us all.

SP: How do you stay in shape?

LG: I’m getting older, I think gracefully. I do not train as much as I did but I walk, stretch and breathe, according to my age. I have lost so many dear people, so I always learn. School is never out.

SP: What do you hope is to take home from Kuban?

LG: It’s a reminder to all of us. The great Yogi Berra was right: It’s not over, until it’s over. It must be teachable; get a good lesson and pass it on, which keeps us in a mix of the rhythm of life. We stay a little longer when there is something for us to do daily.

SP: What is your secret to aging with attitude?

LG: I am looking for the young people and have many stories to share with them. I try to take advantage of how we did in the old days where people took care of each other. There is no time for enmity or war, if we do. It creates an energy that keeps us on the planet. When that energy is spread, it is when you leave.

CUBAN opens in select cities including New York’s Angelika Film Center and Symphony Space on July 31. Available to buy or rent from October 6.